Legal Notice to all visitors: Google hosts this site and uses certain Blogger and Google cookies, including, but not limited to, Google Analytics and AdSense cookies. By remaining on this site, you are consenting to the use of Google cookies and other data collection by Google.
See Disclaimer of Endorsement at the bottom of this page. 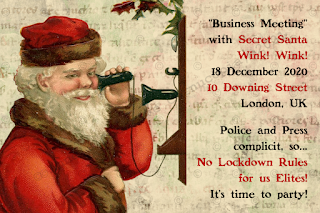 Police and Press complicit, so...
No Lockdown Rules for us Elites!
It's time to party!

But all of the above is fictional, because Allegra Stratton said it was, four days later.

Allegra Stratton: "This fictional party was a business meeting... [laughs] and it was not socially distanced."

Apparently she's not laughing today [8 December 2021]. But I'm certain her tears today were sincere, and not tears due to the video of her and others in the "mock" press conference being leaked. Although one has to wonder why it took almost a year for the video to be leaked.

But good news for the Elites / Rulers: there will not be any consequences for their actions. After all, this didn’t happen, right? And Elites / Rulers never lie to their Peasants.

My piece is a "cartoon" in the same vein as Charlie Hebdo cartoons. (Their "cartoon" offended me, but apparently some thought it was "funny" so, I too, can make cartoons that others might find offensive.) My piece and words are also free speech that is protected by the First Amendment of the U.S. Constitution. (Well, it used to be, prior to the ascension of the US Government Ministry of Truth dictating to Social Media Platforms which of their users need to be banned for "misinformation" as defined by the Government.)

The vintage images are from an Internet search. (See the side of my blog for links.)
Posted by Anne (cornucopia) at 1:59 PM

Are we surprised at politicians who follow the creed, "Do as I say, not do as I do." I think not!

I am loving these holiday postcards Anne. Fun idea about a party at 10 Downing Street. I don't know if they were in lockdown last December or not, but it is still a fun idea. Hope all is well. hugs-Erika 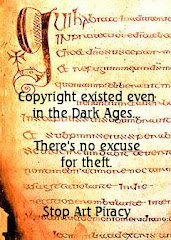 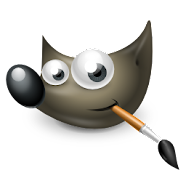 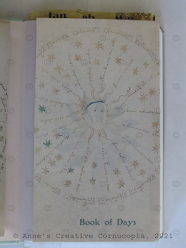 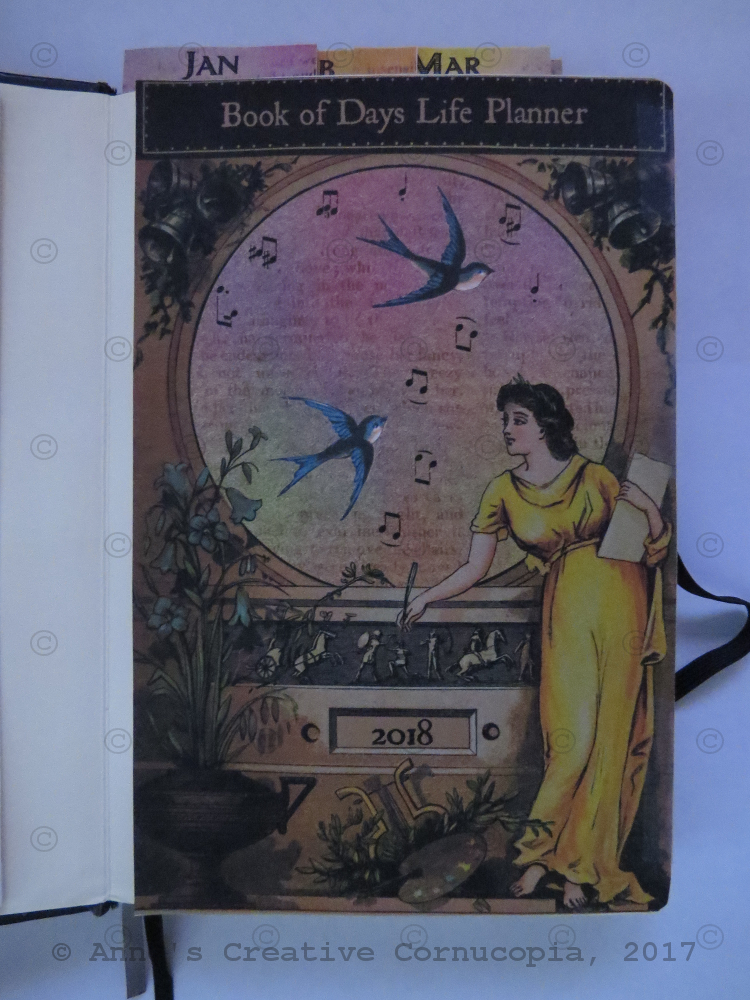